Full Name
Luca Finelli
Job Title
VP, Head DSAI Insights Strategy & Design
Company
Novartis
Brief Biography
Luca is the Head of Insights Strategy & Design for the newly formed Data Science and AI unit in Novartis Digital. He is also Program and System Owner of Nerve Live, a next-generation advanced analytics platform exploiting machine learning and cutting edge data science. In a recently announced partnership with Microsoft, Luca is leading AI Empowerment, an enterprise initiative to bring AI to the fingertips of eventually every associate at Novartis. His passion for computational intelligence goes back to the early nineties, when he got a first glimpse of the future of AI while developing neural networks.

Luca joined Novartis in Modeling & Simulation, where he was the Head for the Neuroscience and Ophthalmics Franchises. He has held positions of increasing scope and complexity, including, Head of Predictive Analytics and Design (Global Drug Development), Head of Marketing (Brand Maximization), Global Head of Strategy and Communications (Pharma Development), and Strategic Assistant to the Global Head of Development.

Before Novartis Luca worked at the Salk Institute in La Jolla, California as Research Fellow with Professor Terry Sejnowski, a founding father of the field of machine learning and computational neuroscience. Luca holds a MSc in Theoretical Physics and a PhD combining Big Data, Analytics, and Medicine to study the brain during sleep. He earned both degrees at the Swiss Federal Institute of Technology (ETH) in Zurich, Switzerland.
Speaking At
Elements of Enterprise-Level Digital Transformation 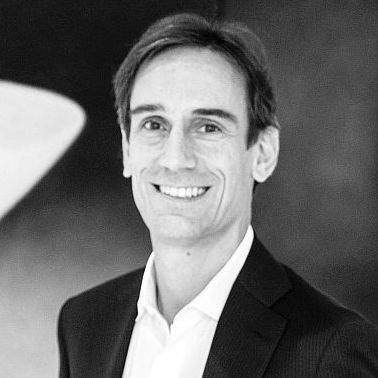