Katelyn joined GE Healthcare in 2008 as a part of its Edison Engineering Development Program, during which time she worked in systems engineering for the company’s CT business. Subsequently, she led the development and commercialization of the first web-based business intelligence analytics application for a GE imaging device.

Last year, Katelyn was honored as the sole GE Healthcare recipient of the GE Corporate Edison Women in Technology Award, acknowledging her technical leadership within the company. In 2017, she received the AIRP Award for Best Scientific Poster from the Society of Skeletal Radiology. Additionally, her clinical research regarding advanced x-ray applications has resulted in one approved and 10+ pending patents with the USPTO. She is also the author of four scientific publications and 15 conference abstracts for radiology, medical physics, and informatics peer reviewed journals/conferences.

Katelyn received her Bachelor’s in Electrical and Audio Engineering from the University of Miami.
Speaking At
An AI Prescription for Healthcare 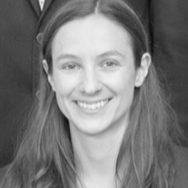